Graptolites are a group of extinct zooplankton animals that lived in Earth’s oceans from 540 million years ago to 320 million years ago. In countless billions they dominated the upper layers of the ocean in tropical regions. Oceans were full of unused nutrients and Graptolites were some of the first animals to take advantage of the surplus food.  They thrived!

These are Graptolites – colonial marine animals that lived in the Paleozoic Era. While they might look a bit like pencil drawings (their name comes from the Greek for ‘writing in the rocks’) they’re actually some of the oldest fossils.  They were most likely filter feeders, capturing food particles with their tentacled arms, which you can see preserved here. These delicate specimens belong to the Isograptus genus.

These extinct animals lived together in groups or colonies and shared the same skeleton, which was like an apartment building. Each animal built its own “apartment” or living chamber, and these were stuck together to make the colony.

Graptolites came in many forms. 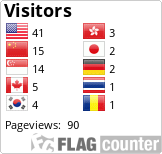