The Pelagornithidae, commonly called pelagornithids, pseudodontorns, bony-toothed birds, false-toothed birds or pseudotooth birds, are a prehistoric family of large seabirds. Their fossil remains have been found all over the world.

Fossils recovered from Antarctica in the 1980s represent the oldest giant members of the extinct group of birds that patrolled the southern oceans with wingspans of up to 21 feet that would dwarf the 11½-foot wingspan of today’s largest bird, the wandering albatross.  Although its toothed beak looks frightening, it was likely used for holding prey that it would then swallow whole.

PS, Mary Anning’s story just opened in theaters as the movie ‘Ammonite’.  She was featured in my September 11 Fossil Friday.

Four Minute Video on the Pelagornithids, and how it flew 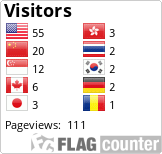