This little shell belongs to Scaphites equalis coverhamensis, a Cretaceous ammonite that was widespread.  This sample was found in Port Awanui, Raukumara Peninsula, New Zealand.

This specimen is 103.3 - 95.2 million years old and is part of an assemblage of methane-seep fauna. It is the first record of Cretaceous seep deposits from the Southern Hemisphere.

While seep fauna are geographically widespread throughout the oceans, they are largely restricted to chemical-rich environments created by methane seeps. They live in symbiosis with bacteria which use seep chemical compounds as their energy source. The scale bar is 1 cm. 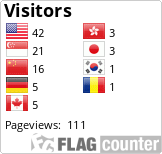