Here is a section of an Orthocone or straight shelled Nautiloid cephalopod from the Upper Ordovician rocks of the Georgian Bay Formation of Toronto, Canada. Often these are included under the general name of Orthoceras.

These were some of the largest predators during the Ordovician. Some could grow up to several feet or even longer. They would have had long tentacles to grasp prey. Each line within the shell represents a growth chamber where gas would have filled in to help the animal with bouncy. The longer it grew, the more chambers it would add to its shell. Just like other modern cephalopods, Orthocones had sharp beaks to break up hard shelled creatures like Trilobites.

Adapted from: The Fossil Forum 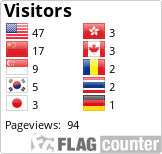