Most fossil deposits represent accumulations over extended periods of time. It is rare to have a “snapshot” in time recorded but that is exactly what is preserved at Ashfall Fossil Beds. Wildlife flourished approximately 12 million years ago in northeast Nebraska...until quickly buried by volcanic ash!

Barrel-bodied rhinos wallowed in a shallow waterhole while a bone-crushing dog startled a group of three-toed horses in the distance.  A small lizard struggled to free itself from the beak of a crowned crane.  A normal day on the Nebraska savanna turned bleak as disaster struck.

Large amount of ash spewed high into the atmosphere from a super volcanic eruption more than 1000 miles away started falling from the sky.  Small animals such as birds and turtle died immediately from ash inhalation.  Medium and large-bodied animals suffered for extended periods of time before they perished and were slowly buried with drifting ash.  Ashfall Fossil Beds preserves a rare occurrence in which animals are preserved in their three-dimensional death poses.  Scientists continue to learn more about this tragic event each year at this in situ paleontology park. 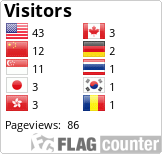