It’s as close as you can come to walking in an ancient ‘Devonian’ forest.

"You are walking through the roots of ancient trees. Standing on the quarry surface, we can reconstruct the living forest around us in our imagination."

Researchers explore an Archaeopteris root system (one of many) at the Cairo, N.Y. fossil forest site.

Researchers have found the (fossil) root systems of several Devonian age (385-million-year-old) trees in the floor of an old quarry in upstate New York.  Apparently, the strata has remained relatively horizontal at this location since that time and what is seen is the shallow subsurface of an ancient forest floor (deposition, uplift, erosion, etc. have likely occurred).  This is the period just before the massive coal accumulations of the carboniferous were deposited and when amphibians were just starting to explore land.

It was during this time that land plants began drawing CO2 out of Earth’s atmosphere greatly reducing the percentage of atmospheric CO2 and adding more oxygen thereby providing a terrestrial environment favorable for animals to begin leaving the sea and adapting to life on dry land.  These early forests made major changes in the ecosystems, soils, climate, atmosphere, and even oceans.

Video of Similar discoveries were made ten years ago at nearby Gilboa site also in New York.

Short video by Binghamton University on the Cairo, N.Y. site

Short animation of a Devonian forest 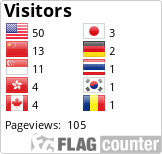